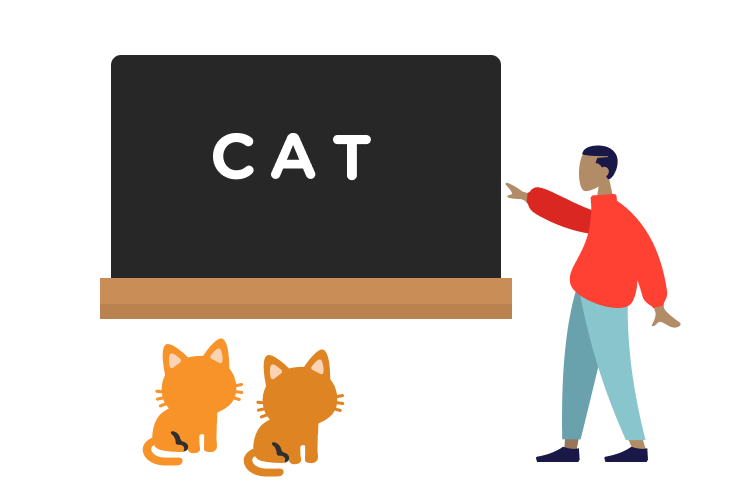 Language is humbling, and sometimes humiliating. We produce it (almost) effortlessly. If I were to record what you said a minute ago, transcribe it, and ask you to explain the rules that you used to produce what you said, could you do it? Most people couldn’t. And even those trained in linguistics would be challenged by what they said without preparation or thought. It’s eerily weird how we don’t “think” our words or sentences into existence; instead, they “appear” magically from nowhere. And when we listen to someone speak, we magically decode sounds and rules in real-time with almost no effort.

In building out E2School, I’ve been thinking for quite a while about spelling. And until recently, I’ve been stuck on how it might be taught because I didn’t have a theoretical basis — a map, if you will — of all the possible spelling combinations. I knew it was out there somewhere. Some sucker would have done the heavy lifting.

The other day while surfing the ‘net, I chanced upon the term ‘grapheme’. Have you heard of it? I hadn’t. But it turns out that there is a map of the sounds we make and the letters we use to represent those sounds. And, of course, it’s a complicated map.

When people take jobs teaching English they think (like I did), “Ah, cool. All I’ll have to do is teach what I do.” They couldn’t be more wrong. Teaching English is incredibly challenging, if not impossible. The worlds of grammar, vocabulary, pronunciation, punctuation and spelling are really complex worlds, not to mention the socio-cognitive worlds of listening, reading, writing and speaking. It’s often the things that are closest to us — the things that we don’t pay close attention to because they are so familiar — that are the most puzzling.

English is a doozy of a language. The relationship between its spelling and its sounds is messy. The ‘n’ sound, for example, can be represented by 8 different combinations of letters: “n” “nn” “kn” “ne” “pn” “gn” “en” “an”. Here’s a game. Can you come up with an English word for each of the graphemes above? (Hint: the grapheme can be at the start, middle or end of the word.)

In fact, for the 44 sounds of English, there are 154 graphemes, so, on average, each sound has 3.5 ways of spelling it. It could be worse, I guess. Or it could be better! Apparently the Serbo-Croatian language has a perfect ‘orthography’; that is, the way the word is spelled is exactly how the word is said. Those who speak Serbo-Croatian would spell the word ‘tough’ as ‘tuff’. Good luck to them!

So, how do we teach spelling to our English language students? Should we embark on teaching them the 154 sound-spelling relationships? The territory has been mapped. Would this be better delivered via a computer system in a game-type of environment? That could be cool.

We are currently building out our spelling course. It’s going to take you through all the possible sound-spelling combinations. Weirdly, it’ll also help your pronunciation because you’ll begin to see the patterns behind the seeming madness.