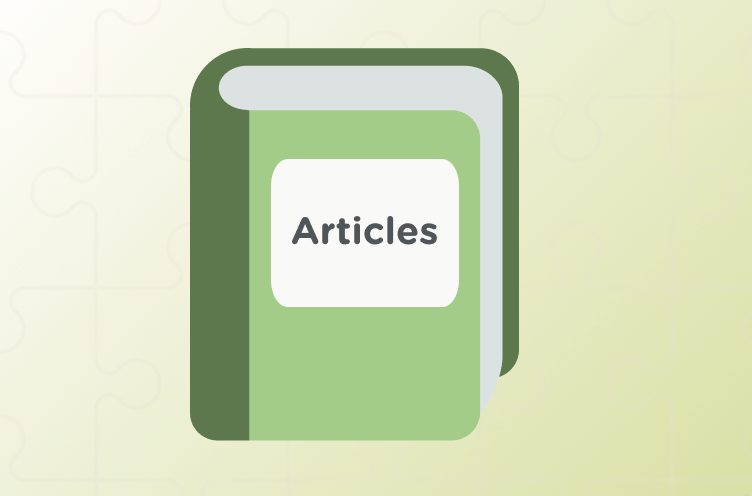 Articles are used before nouns. In English there are only two articles, a/an and the.

The noun “article” has several different meanings. Here, we are talking about a word class or part of speech such as noun, verb and adjective. A short piece of writing in a magazine or newspaper or on the internet is also called an article.

Depending on your first language, English articles are either extremely difficult to understand and use correctly or else very easy.

None of these very widely-spoken languages have articles: Chinese, Korean, Japanese, Russian, Czech, Slovak, Thai, Hindi, Urdu, Punjabi, Bahasa, Malay and Indonesian. Arabic uses prefixes and suffixes rather than separate words to fulfil the function of articles. As a result, it can be very challenging for language learners from these backgrounds to understand and use articles in English.

The more common European languages (French, German, Spanish, Italian, Portuguese, Dutch) all have articles that operate in a very similar way to English. However, many of these languages have the added complication that all nouns have gender and number and they therefore need many more variations to the form of articles than English’s relatively easy-going two. “A” and “an” are really the same article with a variation in spelling to make pronunciation easier.

Sometimes we put an adjective or adjectives in front of a noun. The article is used before the first adjective. When the first word after the article starts with a vowel sound, we use “an”. This is to make it easier to pronounce. For example, we say “ a dog” but we say “an angry dog”, “ a very angry dog” and “an extremely dog”.

A frustrating aspect of articles is that, in many ways, they are completely unnecessary. They do very little to alter meaning and it is almost impossible to think of a situation where not using them would cause miscommunication. I have a Japanese friend who has lived in New Zealand, speaking English for more than thirty years. She is a language teacher and her English is absolutely perfect except that she doesn’t use articles, ever. She simply refuses to. She says that they are a complete waste of time and energy.  In many ways, she is right. Their function is purely grammatical. They convey virtually no actual meaning.

However, English sounds very strange when articles are left out or used incorrectly. In IELTS speaking and writing, incorrect use of articles may contribute to a lower score for grammatical range and accuracy.

Articles are a little like adjectives in that they add information about the noun. Whenever we use a singular noun, we usually need an article or a possessive (my, your, his, her, its, their, Lucy’s).

We also have what is sometime called “the zero article” because sometimes it is correct to use a noun without any article, possessive.

When do we use the definite article in English?

The definite article (the) is used with:

inventions: Who invented the internet?

species of animal: The panda is endangered.

Rivers,oceans and seas: The Ganges River flows into the Indian Ocean

when there is only one of something: The sky is full of stars.

groups of islands, states or countries: The Philippines, The United States, The E.U.

superlatives: She is the youngest student.

particular nouns when it is clear what we are referring to: Please pass the salt.

previously mentioned nouns: There is a banana and an apple. I want the apple.

When do we use the indefinite article in English?

The indefinite article (a/an) is used with singular countable nouns when it doesn’t matter which one: You will need an eraser.

When do we use the zero article (no article) in English?

There are some nouns that we use so much that we no longer use articles with them. Some examples of these are: work, school, home, breakfast, lunch, dinner, and hospital.

Articles can be very difficult and straightforward. Don’t give up. Listen to what you hear native English-speakers say in real life and in movies, TV series and songs. Frustratingly, they will always be right even though they have no knowledge of the rules that you may have had to study.

English is a challenging language but progress is rewarding.